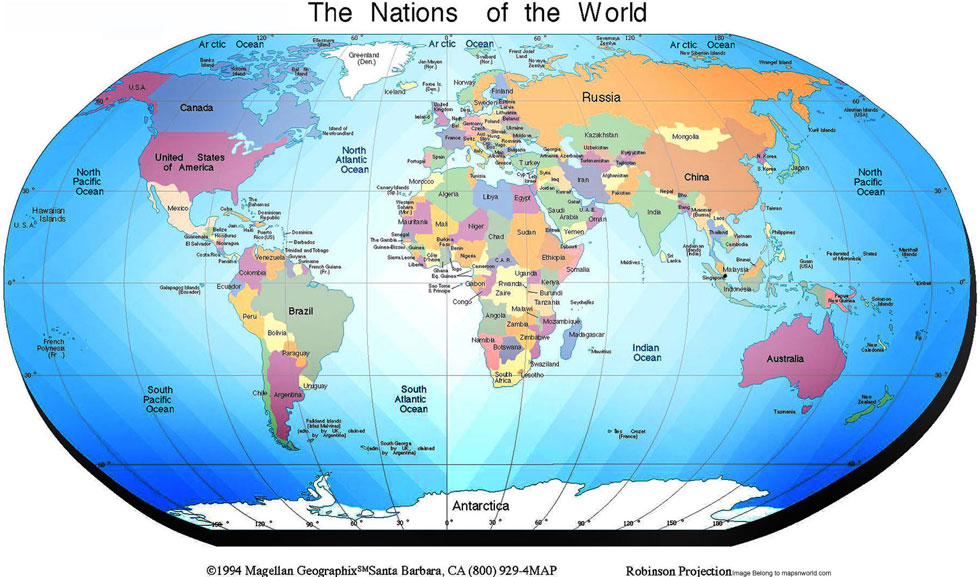 World map political listed all the countries information such as international boundaries, country with the capital, and also included info about Ocean. To differentiate the countries the cartographers used different colour for each country. There is a directional symbol printed on the map for easy directions navigation East, West, North and South. This world map political can be downloaded for the educational purpose, for website display etc. There are seven continents and ocean can be seen, world map showing Europe political map, Asia political map, North America Political Map, South America Political Map, Australia Political Map. These continents showing all the countries and their territories on the globe. Arctic Ocean, Pacific ocean, Atlantic Ocean, Indian Ocean. The World population has been increasing continuously, it has crossed the 6oo crore number. The map showing the location of countries and the international boundaries of all the countries of the World.